Last weekend was just jammed packed with terrific running events. Congrats to all the participants. 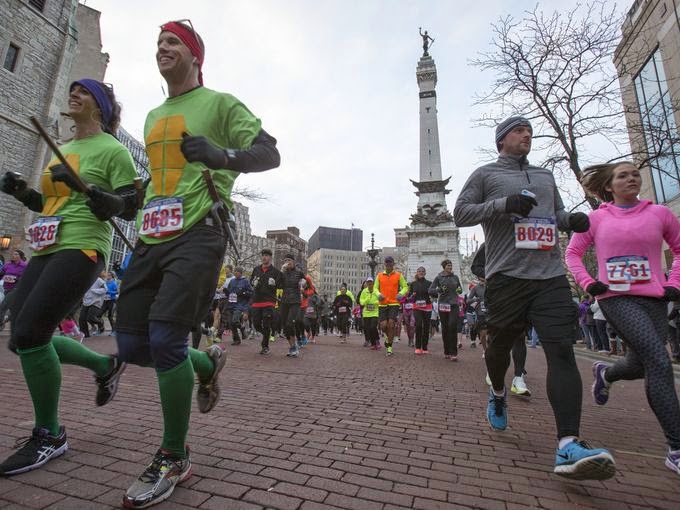 Whether it marked their first race or seventh, every runner at the Indianapolis Monumental Marathon had something to celebrate.

I'm a finisher! I'm a go-getter. We did this together. I beat my personal record. I'm headed to the Olympic trials.

I can finally take a nap or get a warm cup of cocoa.

Gaining sight of the finish line on a cold and windy Saturday brought some runners to tears while others danced and celebrated weeks, months and even years of training.

"For me it's about challenging myself to be better," said Rodney Sarkovics of Fishers. "In a marathon, you are running against the clock."

Alana Hadley, 17, of Charlotte, N.C., was the first woman to cross the finish line at the at the Indianapolis Monumental Marathon. Hadley set the woman’s course record with a time of 2 hours, 38 minutes and 33 seconds. It was the second-fastest marathon by a high school girl in the U.S. 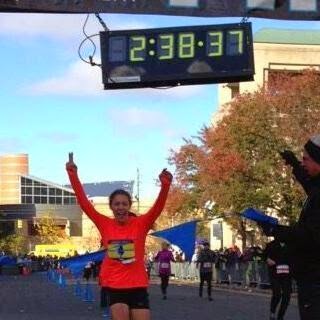 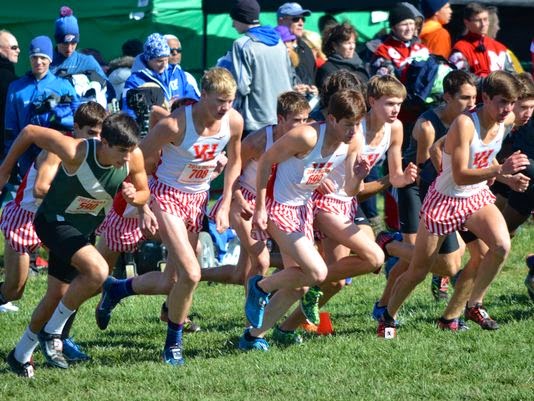 Saturday's state cross country championship by the West Lafayette boys (and furthermore, a third-place for the girls) was quite impressive.

The Red Devils brought Tippecanoe County its 44th team state championship and just its 18th in a single-class system.
Saturday's title might be the most impressive given the factors. It was not quite the Milan Miracle (as portrayed in the movie "Hoosiers"), but it was at least somewhat comparable.

The Red Devils managed just strong enough of a performance to beat Carmel. Let me rephrase that. A school with an enrollment of 695 (according to the IHSAA directory) put together a seven-runner roster better than that of everyone, including two-time defending state champion Carmel, with an enrollment of 4,851, most in the state.

The Greyhounds missed out on a 14th state title in boys cross country just moments after their girls program won the school's 120th team state title, according to the IHSAA website. 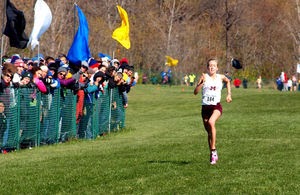 TERRE HAUTE – At some point, you have to wonder, what can Anna Rohrer possibly do for an encore?

Oh, she received the girls Mental Attitude Award as well.

And as far as the race … what race?

Rohrer assumed a lead at the gun, pacing the field through 800 meters while every other runner waited for her to make a move.

Then she was off, loping ahead and extending her lead with every step.

Surging up the homestretch, spectators crushed into the security fence at the Wabash Valley Sports Center to get a look at her. 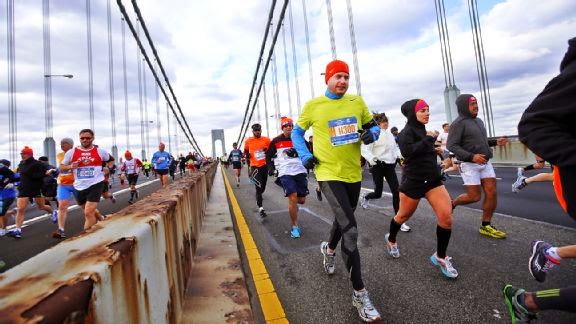 NEW YORK -- Wilson Kipsang, a former world-record holder, needed to force himself to slow down.
The Kenyan star had entered his first New York City Marathon to challenge himself on a hilly course with no pacemaker. A windy morning made for quite the test Sunday, and Kipsang proved he can win a strategic race.
"I had to really exercise a lot of patience," he said.
Kipsang pulled away in the final mile for his third major marathon title in just over 13 months. Mary Keitany also took the lead late in the women's race for a Kenyan sweep.
Kipsang's record-setting victories in Berlin and London were on flat courses with the aid of a pacemaker, very different from Sunday, when winds were gusting at more than 30 mph at the start. The contenders adjusted by cautiously sticking to a slow pace.
Full story with videos HERE.
...................................................

2014 NYC Marathon is the largest in history

The 2014 New York City Marathon had 50,564 finishers, the New York Road Runners announced Monday, making it the largest marathon ever.

Last year's New York City Marathon set the previous record for the largest field in history with a total of 50,266 finishers. That 2013 total eclipsed the previous record -- from New York in 2011 -- by more than 3,000 after the 2012 race was cancelled in the wake of Superstorm Sandy.

Only 305 of the 50,869 runners who started on Staten Island did not make it to the finish line in Central Park. Compared to other marathons, New York City has a high finish rate.

New York also hit another milestone during Sunday's race when its one-millionth finisher crossed crossed the line. Katherine Slingluff of Brooklyn completed her race in 4:43:36.

Here is a look at the largest fields ever at each of the five most popular marathons in the world. 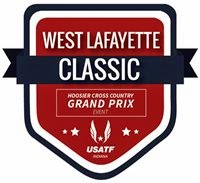 A chilly but fun day was had by the runners on the Purdue University XC course on Sunday. Getting in a little racing experience for a potential future as XC runners. Thanks to USATF Indiana and Fleet Feet for putting on the event. Lafayette Sunnyside Intermediate and Tecumseh Junior High Schools were represented. 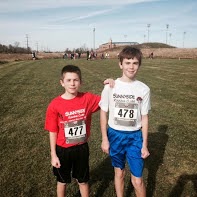 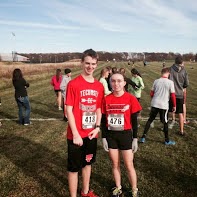 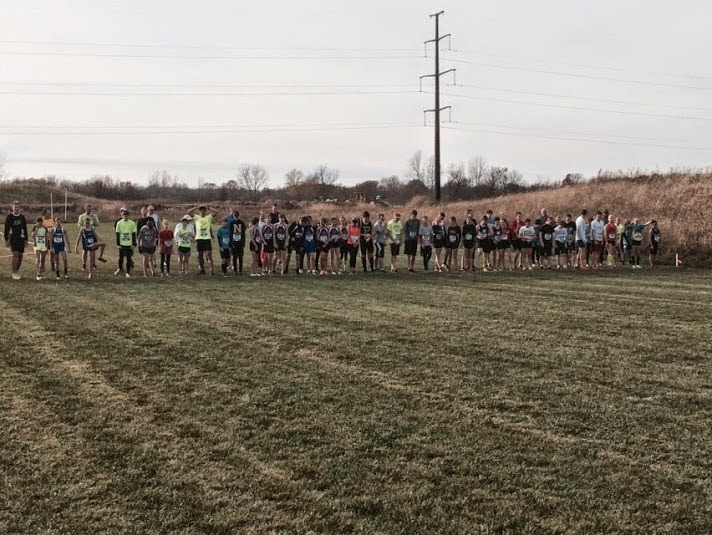 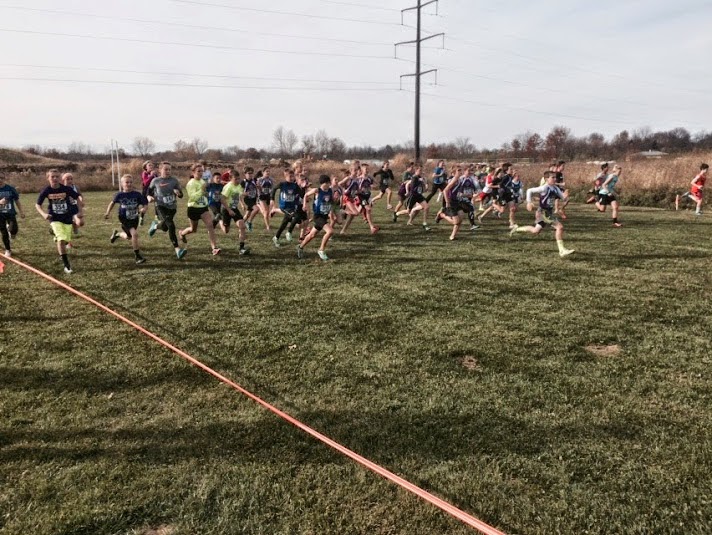