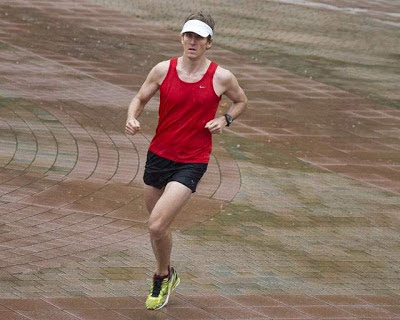 Sitting at Star City Coffee & Ale House with a book, Bryce Carlson was taking a break from running.

An avid runner, his first marathon was the Chicago Marathon in 2004. He did several more after that. Then he started doing longer distances — 50K, 50 miles or even 100 miles. He ran races that were timed — 8 hours or 24 hours — to see just how far he could go.

An assistant professor of anthropology at Purdue University, Carlson regularly ran in the late afternoon or early evening. It was the perfect time to reflect on the day and plan as he ran.