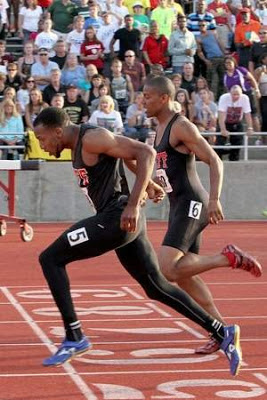 What if someone on the Bronchos’ 400-meter relay team dropped a baton? What if seniors Carl McQuay and Lucas Wallace got tangled up while elbowing each other down the stretch in the 200?

It wasn’t until after Lafayette Jeff’s second state championship of the night — the result of a flawless, record-setting run by that 400 relay — that Griggs stopped shaking.